Welcome to Sweet n' Sassi's stop on the
"What Rough Beast" book tour.
This tour is brought to you by Innovative Book Tours. 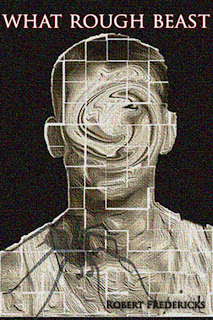 All it takes is a word, a whisper, a thought.

Phillip Todd is a normal army brat and baby boomer with one small exception: a super human power to control all sentient beings.  Phillip’s journey of discovery takes him from his upstart antics as a boy at Catholic school, to a precocious sexual relationship with a fellow army brat, to his manipulative and often cruel exploits in psychic domination of his peers. But Philip’s talent for gratification comes with a high cost as he falls deep into the alter-ego of Dr. Fear, wreaking havoc on everyone around him as he descends into a madness of his own making.

After five more minutes without the sight of advancing Huns, rebellion was in the air.

He wanted action, a chance to knock a few heads. Plus he needed to get home in time to spit shine his father’s shoes. This was dad’s night for the NCO club and if his shoes weren’t twin mirrors, Donald would get a particularly vicious ass whipping when dad returned drunk from his revels.

“They ain’t nothing but a bunch of cowards, stinking nazi yellow belly ….”

As though this was their cue boys on the far side of the hill started emerging from the forest and gathered at the base of our alpine stronghold, laughing and calling out to us with raucous derision. I look at the gathered boys with the interest of a scientist studying protozoa under a microscope. There are exactly 18 boys, appearing to be between thirteen and sixteen by their size. Twelve wear corduroys and what appear to be work shoes. They have long sleeved, khaki colored shirts, and all wear flat billed caps. The other six have jeans and colorful cotton pullover shirts. I realize they must be the sons of women who worked as maids on the base. They are often given hand-me-downs for their children, and jeans are highly valued among the German youth. They appear to be debating among themselves as to how to handle their attack.

Donald stands up and taunts them, calling them Nazi cowards. The word Nazi seems to electrify them, and they yell back some imprecations in German. I know the attack will begin any second so I have to begin my trial experiment. I need to know which ones don’t speak English, so I suggest that the boys who speak English should call up to us, one at a time, and introduce themselves in English.

“Hello, Americans. My name is Karl.” This is from a short, stocky boy one of the lucky ones wearing jeans,. The other German lads stare at him with such startled incredulity I can see their expressions even from our distance. I can hear cries of ‘Scheisse’ and ‘Was ist los?’

He receives the same astonished response from the others. No others speak. Good, only two speak any English. The rest of the boys in my group are nonplussed by this introduction. Then, to our utter astonishment, several girls walk out of the surrounding woods and stand in a group behind the boys. They are evidently girlfriends to their young Lohengrins. There are seven or eight of them, dressed almost uniformly in dowdy skirts, blouses and dark stockings, and most seem malnourished to the point of being wizened. However, two of the girls are healthy, attractive representatives of the Teutonic ideal and could have been pictured in Nazi propaganda posters extolling German youth. Even Donald lets out an appreciative whistle before his natural belligerence takes over.

“Hey Krauts, we don’t care none if you brought your hooers – whores, I assume - with you. You ain’t nothing but a bunch of yellow Nazi cowards and we’ll cut your balls off.” Donald’s repertoire of invective seems limitless. Well, this causes a number of gasps among our patriotic forces and though most of the young master race can not understand what Donald says, they all understood ‘Nazi’.

The two who speak English interpret vehemently to their compatriots, and a general outcry ensues with waving fists and shouts of ‘scheisskopfen’ predominating. The stalwarts also start picking up rocks, and I fear a bloody melee might proceed. Donald is jumping up and down screaming ‘Nazis’ over and over, adding more gasoline to the already blazing fire. It is past time for me to intervene. With a tremulous urgency I suggest the entire group of German youth advancing below our redoubt stop, drop all aggressive implements, form a circle, and perform a local folk dance with the girls joining in.

I hold my breath to see if they will follow my command.

If they all do then it will prove that language is no barrier to me and, more importantly, I will survive to my sixteenth birthday. For a few seconds the Germans mill about, then, with admirable Teutonic efficiency, they all form a circle and begin doing some kind of hopping, foot slapping dance that we watch with utter astonishment. They dance for perhaps two minutes then one by one stop and just stand still in befuddlement. I have our boys give them a round of applause, led by Donald. The German boys then bow at my behest, the girls blow us kisses, and they all leave the area. We all stand and watch the retreating figures, saying nothing until Billy breaks the silence.

“Well, I guess we won. I suppose their parents told them they couldn’t fight.” Billy’s voice was halting and unsure. He seemed to be trying to convince himself that what happened had some logical cause.


About the Author, Robert Fredericks: 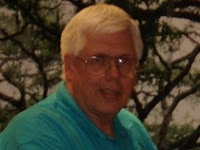 Robert Fredericks grew up an army brat, and as an adult has worked over the years as a special education teacher, family therapist, and is currently a correctional educator at a maximum security prison.  He lives with his wife and daughter, both brilliant and an inspiration to him, and two dogs and four cats that provide clues to the absurdity of the universe.

Learn more about Robert and his books on:
Website
Goodreads

Purchase "What Rough Beast" on:
Amazon

* Disclosure of Material Connection: I am a member of Innovative Online Book Tours and a copy of this book was provided to me by the author. Although payment may have been received by Innovative Online Book Tours, no payment was received by me in exchange for this review. There was no obligation to write a positive review. All opinions expressed are entirely my own and may not necessarily agree with those of the author, publisher, publicist, or readers of this review. This disclosure is in accordance with the Federal Trade Commission's 16 CFR, Part 255, Guides Concerning Use of Endorsements and Testimonials in Advertising.