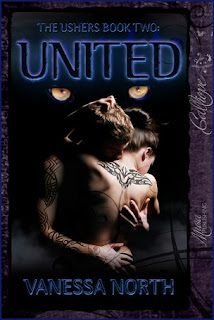 
She's willing to fight like hell for her man, but in return, she wants all of him.

Irresponsible is the only way to describe the last twenty years of Fionn Murphy's life. Now the fate of Were society depends upon him getting his act together. After all those years of bad behavior, he doesn't believe himself worthy of happiness.

Monica is the one woman who can give Fionn the happiness he doesn't believe he deserves. She's been preparing for their mutual destiny for decades, never expecting her mate to be so...careless. She's willing to fight like hell for her man, but in return, she wants all of him.

When Fionn's enemies exploit his past to discover his weaknesses, the two must stand together to unite the packs as one and save Fionn's family.

Warning: This title is intended for readers over the age of 18 only as it contains adult situations of a sexually explicit nature.


About the Author, Vanessa North: 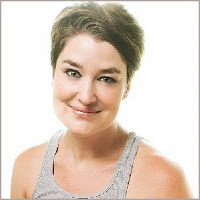 Vanessa North was born in New England but moved to the South as a teenager, where she learned to appreciate biscuits and gravy, bluegrass, and that most welcome of greetings: “Hey y’all!” She has a degree in Mass Communication but has long since abandoned journalism in favor of writing romance. Instead of telling the news, V would rather tell stories.

Vanessa has a voracious appetite for books and loves all kinds. She writes obsessively: every day brings new ideas and stories to tell. When she’s not buried in a book—hers or someone else’s—you can find her taking thousands of photographs of the people she loves.

She lives in Northwest Georgia with her handsome husband, not-quite-civilized twin boy-children, and a very, very large dog.

"United" is the 2nd book in 'The Ushers' series. I suggest reading the series in order so you don't get lost and for the back story. The plot moved along on a good pace with plenty of steamy sex and as in the first book, the characters were well developed and likable. Recommended for all paranormal fans.

He laid his head in her lap, and she savored the feel of it, the weight of him against her as he relaxed onto her legs. Her hand stole into his dyed-blond hair, ruffling though it, the texture like silk under her fingers. She felt his wolf within him, reaching for her touch and knew that he denied himself as much as her. She stroked from his hair down into his beard and she watched as his lips parted and he drew a ragged breath.

Annie stood quietly, then tiptoed from the room, closing the door behind her.

“Fionn,” Monica whispered. “Why are you doing this to us?”

“I don’t know, dammit.” His eyes clenched shut as he sat back on his heels, burying both hands in his hair. Finally, he looked up and his eyes met hers, agony hovering just under the surface. “I’m falling apart, just being close to you.”

“Kiss me,” she demanded. He looked at her, startled.

“No, Fionn Murphy.” She stood up, tugging him to his feet with her. “You need to know something. I’m your mate. I know what that is, how it feels. You’ve never been mated before. You’ve played around, but you don’t know what it feels like to kiss your mate. Don’t you want to know? Aren’t you even the littlest bit curious?” She stood up on the tips of her toes, pressing her face to the skin of his throat and inhaling his scent.

Oh Goddess, up close he smelled even more intense and amazing .

“Mo,” he pleaded. She met his eyes and saw in them a hunger that sent echoes of need into her. Feeling the heady power of seduction, she leaned forward and licked from the hollow between his collarbones up to his ear, and she bit, scissoring the lobe between her teeth. She felt the rumble of a growl run through him, and he pushed her away. Her eyes closed, tears forming with a sting behind her nose.

Then his hands were bracketing her face and his lips crushed down hard on hers. This was no gentle kiss. Nothing like Angelo’s caring caresses, intended for comfort. This kiss wasn’t about caring. It was full of anger, lust, regret. But as his tongue swept through her mouth and his elemental male taste tingled all the way to her toes, she felt her teeth lengthen and she smiled against his lips. Her mate.

His assault on her mouth lost some of its fervor, replacing the urgency with languor as he swept his tongue through her mouth again and again as if he wanted to memorize her taste. Her hands fisted in the cotton of his tank top, pinching the nipple ring underneath. His hands sank into her hair, tugging. She felt with her tongue and realized his teeth had shifted too. The knowledge sent a victorious thrill through her.

He knew. He knew, dammit.

He pulled away, leaving her bereft. She watched as he dragged the back of his hand across his mouth in horror. “I’m sorry Mo. I should never—ever—have kissed you in anger.”

“If that’s the only way I can ever have you, I would take it,” she confessed. It broke her to admit it, but she knew the pull of mate to mate.

His eyes closed and a spasm of pain crossed his face.

“You deserve so much better,” he whispered. He ran a gentle hand down the side of her face and grimaced. “I have to go. We can talk, after I get back?”

She nodded. Of course they could talk. All they ever did was talk.

* Disclosure of Material Connection: I am a member of CBLS Promotions and a copy of this book was provided to me by the author. Although payment may have been received by CBLS Promotions, no payment was received by me in exchange for this review. There was no obligation to write a positive review. All opinions expressed are entirely my own and may not necessarily agree with those of the author, publisher, publicist, or readers of this review. This disclosure is in accordance with the Federal Trade Commission's 16 CFR, Part 255, Guides Concerning Use of Endorsements and Testimonials in Advertising.