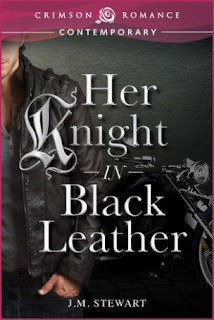 
Cat Edwards has spent her life playing the wallflower in an effort to escape the repressive weight of her mother’s tarnished name. Dragged to a bar by her best friend in an effort to forget a broken heart, the shy bookworm is determined to be someone else for the night, but quickly gets in over her head. She discovers chivalry isn’t dead after all when a mysterious stranger comes to her rescue. He’s wearing black leather and a mischievous smile that promises to be exactly what she needs.

When his terminally ill father suffers a setback, Michael Brant returns to the town he swore ten years ago he’d never return to. He’s come back this time determined to make peace with the past, but being home brings up memories he doesn’t want to remember anymore. His first night in town, he’s captured by a damsel in distress. Cat’s beauty is made all the more alluring when he realizes she has no idea who he is. He can’t resist spending a single night in her arms. With her, he’s only a man, disconnected from his family’s name and the past that haunts him here.

As the town erupts with the news of his return, Michael’s dark past comes back to haunt him, putting Cat in danger. Someone is threatening her life and the life of her family. Desperate to keep history from repeating itself, Michael offers her his family’s name in order to keep her safe. When the lie spirals beyond their control, can they stop their hearts from becoming entangled as well?


About the Author, J.M. Stewart: 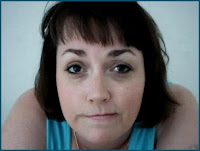 J.M. writes what she likes to call sweet and spicy contemporary romance. She’s a stay-at-home mom who lives in Seattle Washington, with her husband, two boys and their two very spoiled puppies. She’s been devouring romances for as long as she can remember. Writing them has become her passion.

He touched her arm, hoping to ease the fear all but screaming at him from her eyes. “What happened this morning?”

Cat’s head turned as she darted a glance around her, before her gaze finally settled on him again. “I was threatened. A very angry digitized voice called me names and told me I’d pay for my indiscretions.”

Anger surged in his chest, settling in his gut like hot coals that set fire to his blood. That goddamn article. Someone dragged her into his mess. “Have you called the sheriff?”

She nodded. “Yeah, but it didn’t do me any good. He said he’d log the complaint and to let him know if I get any more, but unless I’m being threatened in person, there isn’t much he can do. The calls are coming from one of those prepaid cell phones, but the phone was registered to someone who doesn’t exist.”

She nodded and turned to stare at the ground, her whole demeanor taking on a soft vulnerability that twisted at his insides. The calls clearly frightened her, and an overpowering need to protect her surged in his gut.

The rebel in him flared to life like an old, familiar friend. Whenever someone pushed unfairly, something within him always pushed back. The way she looked now reminded him too much of the pain he heard in her voice as they stood in the gazebo during the fireworks. She was being threatened, and the intimidation worked. Anger surged in his blood. Damned if he’d sit by and allow someone to take that fire from her.

Before he could stop himself, he cupped her face in his palms and seized her mouth. He allowed himself a moment to revel in the sweetness of her lips, the way they melted beneath his own as her body leaned ever so subtly into his, then released her.

“Let ’em object to that indiscretion.” He furrowed his brow, not bothering to hide the scorn in his tone. “Whoever’s got you in their sights now has me to contend with. Come on, I’ll take you home.”

Prize is 1 eBook copy of "Her Knight in Black Leather". Contest is tour-wide, open internationally and ends Feb 18. Must be 18 years of age or older to enter.