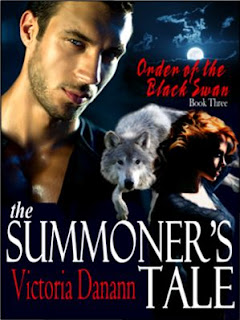 
A secret society, a witch, a psychic, vampires, modern day knights, heroes, elves, fae, assassins from another dimension, and fairytales come together where emotions intersect. Two souls, joined by a mystical bond, separated by distance, must simultaneously struggle through pain and darkness in an ultimate confrontation with character and an ultimate struggle for life proving that true love waits patiently through lifetimes and finds courage to survive. Even in the strangest places. Even when you're least expecting it. Even when you're far, far from home.

When the rush of activity subsided, he found himself alone with his own thoughts; a condition that was more than familiar since he had spent hundreds of years that way. Without the distraction of his friends' banter, since his proposed staff had left Edinburgh, he had begun to see his task not just as a job, but as a mission, one immersed in the duality of joy and gravity.

Baka had been a vampire long enough to know all about how they think. He knew that the days of the Beltane festival would be a gorge fest for vampire. The Royal Mile, just over the heads of vampire living in the Underground, would be crowded with visitors to the city, visitors intent on celebration and revelry, danger being the last thing on their minds. It would be a blessing to vampire in the original sense of the word which was bloodletting; when, as a rite of passage, young pagans would stand in a pit under a grate where a bull was sacrificed and bathe in the blood that fell.
So Baka finished his day, went to dinner alone, and slowly savored every bite of his of actual food. Afterward, driven by a heartfelt desire to do some good in the world, he pulled on a pair of cargo pants and equipped the dozen pockets with two dart guns and as many canisters as he could carry without being slowed down. He descended the stairs to the main foyer wondering if, even partial redemption for a long life of misdeeds, is possible. The fact that he was not accountable for that infamous history should have given him some peace of absolution. But didn't. He said good evening to the doorman and headed out into the night.

About the Author, Victoria Danann:

Though works of fiction are a departure for me, I have had this series simmering on the back burner of my mind for years, but time is at a premium. In addition to authoring and illustrating Seasons of the Witch and writing course work for Seasons in Avalon, I play Classic Rock music and manage Houston’s premier variety and R&B band.

This series will include some of my education in the paranormal and fictionalized anecdotes from my journals during the years when I was a practicing “metaphysician”, but most of the material is fantasy – of course.

Purchase "The Summoner's Tale" on:
Amazon

Victoria does it again in "The Summoner's Tale", the 3rd installment of the 'Black Swan' series. I'm always amazed at the strong character development through out each book and her descriptions of the places and what is going on...she makes you feel you are right there. Highly recommended for all paranormal, supernatural, vampire lovers.

I give "The summoner's Tale" a 5 star rating. 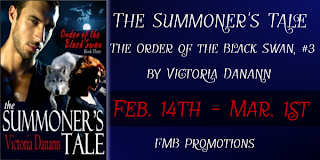