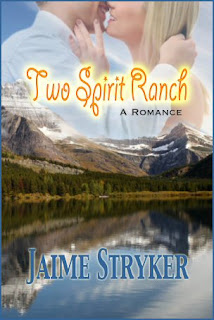 
In this groundbreaking romance novel, Terri Lawson, an alluring young attorney, has it all. She’s on the fast-track at her firm, widely recognized for her pro bono work, and has a handsome suitor, who she’s sure has marriage on his mind. But when her boyfriend abruptly calls off their relationship and her favorite uncle passes away, she suddenly find herself losing all that was important to her.

Not sure where to turn next, Terri heads off for a trip to small town Clearview, Montana to explore the sprawling ranch her uncle left her. It’s there that Terri while speeding down the highway has a run in with the ruggedly handsome sheriff, Jake Collins. As the two find their mutual attraction too strong to deny, Terri, who had only planned to be in town a few days, finds herself wondering if she can risk opening her heart again and sharing a secret from her past with Jake...Terri was once Terrence.


For some odd reason, Terri had always noticed the little things when her life seemingly had begun to spiral out of control.  Tonight, for one, it was the vastness of the summer Montana night sky.  The stars twinkled in a way they never could in the artificial light drenched Manhattan skies.  Here, in “Big Sky Country,” the stars appeared to stretch out forever bathing the night in what should be an intoxicatingly romantic sight.  The grasshoppers chirped quietly in the background, and a slight crisp breeze blew through the air, ruffling her soft sun yellow skirt and the caramel colored curls that highlighted her face.

She remembered how her Uncle Bud had described his Montana ranch home as a slice of heaven you can't buy in any store—even in New York City.  Terri had thought him to be crazy for leaving the bustling, opportunity-filled life of the Big Apple for one smack in the middle of what amounted to little more than a village.

“Sometimes you just need to shake things up, do the unexpected, and challenge yourself,” Uncle Bud had said at their tearful goodbye before giving a teenage Terri a big hug and hopping into his over packed VW Beetle.

Now older and the proverbial wiser, she had a better idea of what he meant, but now she feared it might be too late for her just when she'd finally...

“Terri, aren't you going to say something?” she heard Jake say as he stood behind her.

Handsome, wonderful Jake.  She could smell his clean masculine scent wafting through the air, and without needing to turn around she could see his fit, muscular form in his sheriff’s office uniform.  Strong, sensitive Jake. She should have been honest with him right at the get-go.  But it had been the fear of this moment right here that had her act against her better judgment, her lawyer instincts of laying out the evidence right at the beginning.  No surprises later.  Let the jury know what's at hand from the start.  That's the way you win people over.

But she had never intended to want to win anybody over in this small town.  She only wanted to get away from her life in the Big Apple and to feel closer to her Uncle Bud after his passing.  She never imagined she would get wrapped up into life here...let alone into someone here.
Finally, she turned around to face Jake, eye to eye, just as she did the jurors in all of her cases.  She'd lay out the case for why she felt, whether it had been right or wrong, to keep silent about her past. She kept quiet, even though she could look into his deep chestnut brown eyes and see this relationship obviously went beyond the point of anything casual for Jake, which is what made this so hard, so messy and so emotional.

Even though she had gotten the chance to know him, to see him, over the past few days, the mere sight of him still took her breath away as no man ever did before.  Over six foot three inches tall and built of a solid wall of muscle, Jake had a commanding presence.  But one look in his eyes and she saw him as the protector he was.  He took the ethics and oath of his sheriff’s badge seriously.  His midnight dark wavy hair and eternal five o'clock shadow just added to an already smoldering specimen of masculinity. And this man stood before her waiting for a response from her.
“Your cousin, Carl, spoke to you didn't he?” she said at last breaking the silence, averting her eyes, feeling vulnerable under his steely gaze.  “You know, don't you?”

“I do,” Jake said, holding his uniform hat by his side, forever the perfect gentleman even when he perhaps had a good reason not to be anymore.  “What I want to know is why you didn't tell me?  You had every chance.  Do you know how it felt to have Carl be the one to tell me?”

Jake paused, and he appeared to be struggling for the words to express himself. She knew he had never been in quite the same situation before, not out here in small town Montana.  She had learned to give people time to process things when needed which had been something she had never been good at in her younger years.  If people didn’t accept her, Terri simply moved on. But this was different. He was different, or so she thought. She didn’t want to run away from him. Her instinct was quite the opposite. She wanted him to hold her in his strong arms and protect her even more. But she wasn’t sure how he felt about the situation, about her.

“How did it make you feel?” she asked, the words barely escaping her throat.

“Betrayed,” he said finally, the words cutting into her heart like a sharp knife into butter.  “I don't pretend to understand everything...yet.  I may be a small town sheriff but didn’t you respect me enough to tell the truth?  But I would have rather heard it from you first hand.  Don't you think I deserved at least that, Terri?  Don't you? Didn’t I deserve some respect after all we’ve been through?”

“You do,” she admitted.  ““I don’t know how I could have handled anything here without you, Jake. I needed you.  I was afraid...”

Jake felt a twinge of guilt upon hearing the word abandoned.
“I just never thought things would go this far, Jake,” she admitted.  “And last night happened. It was special to me. I don’t know how you feel but I’ll always remember it…”

“Well, the jury’s still out,” he said, searching for additional words to adequately express how he felt.  “I’m not sure where all this is going. But here we are.”

She took a deep breath and asked the one question she feared knowing the answer to the most, “Does knowing everything change the way you feel?”

He turned to face her, his dark eyes an enigma, and Terri searched his countenance for the answer that would change her life forever.


This book is wasn't what I thought it was going to be and very different than what I am used to but actually a really good read. Darrell pens "Two Spirit Ranch", a romance story, in a well written plot that flows smoothly. His characters are strong with excellent chemistry between them.


Prize is 10 eBook copies of "Two Spirit Ranch". Contest is tour-wide and open internationally. Must be 18 years of age or older to enter. Ends Dec 19.