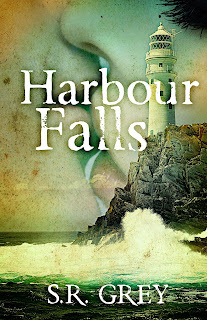 
Best-selling author Maddy Fitch, researching material for a new novel, returns to Harbour Falls to investigate a disappearance that has haunted the town for more than four years. Maddy soon discovers that the case may be cold, but the #1 suspect, Adam Ward, certainly is not. Now living on an island off the coast of Maine, Maddy takes up residence near the sexy Mr. Ward's home. As she begins to seek out answers, the mystery deepens, putting Maddy in jeopardy.

Lies, secrets, deceptions. Nothing is what it seems in Harbour Falls.

First in a series. Romance/Mystery genre

The Harbour Falls Mystery was the real reason I was here. I had every intention of basing my next novel on the facts of the case. I was tired of fiction; I wanted to write a true crime novel. Plus there was a little part of me—the detective that lurks in all of us—that dreamed of solving this case.

But nobody knew that this case held more than a professional interest for me. Not because the main locale was Harbour Falls, and not because the mystery involved the disappearance of a local I’d once known. And, truth be told, had once envied. Nor was it the fact that this local, Chelsea Hannigan, had gone missing the night before her wedding. Scandalous, though it was.

What piqued my curiosity was the man Chelsea had been on the verge of marrying—Adam Ward. He was the man at the center of the mystery. He was the man whose life had been altered when Chelsea disappeared, after he was named as the number one suspect.

What role, if any, had he played in her disappearance? Though never formally charged, many believed he was far from innocent.

Well I was here to uncover the truth. There was just one small problem.

Contrary to what I’d told Ami, I was interested in Adam Ward. Still. Despite how ridiculous I knew it was, I couldn’t wait to run into Adam. Would he even remember me? Maybe not. But I wasn’t the shy girl I’d been back then.

Of course I was playing with fire. If he ever suspected I was investigating him in order to research my new novel, he’d hardly be pleased. I might even see firsthand just how supposedly dangerous he could be.

At the thought, a little shudder ran through me. Whether it was due to fear, excitement, or both, I wasn’t sure. I knew I should analyze it and get my head straight before I ended up in trouble.

But I’d run out of time. Because the fog began to lift, and in the distance, Fade Island came into view. 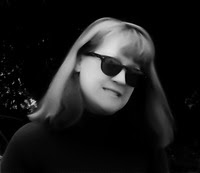 She resides in western Pennsylvania. She has both a Bachelor of Science in Business Administration from Robert Morris College, as well as an MBA from Duquesne University. And though she enjoys working in sales and consulting, her true passion lies in writing. Other interests include reading, traveling, running, and cheering for her hometown sports teams.

Ms. Grey pens "Harbour Falls" in a plot that is filled with steamy romance and suspense. The story line started slow, but picked up fast with it's twists and turns and made it harder to put down. Beware, there is a great cliffhanger at the end that will make you want the next book fast.

I give "Harbour Falls" a 4 star rating. 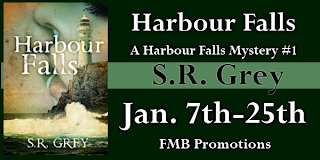