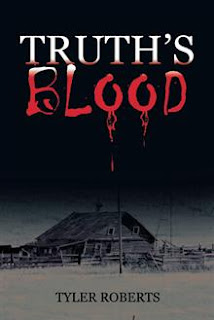 
It hadn't seemed possible that a president whose policies had impoverished millions could be reelected. It was the waning years of the American empire and the liberties represented in the Constitution and the Bill of Rights were a fading memory. The government monitored every aspect of American life, and the drones buzzing overhead served as a constant reminder, but it was the governments reckless spending that brought the nation to its knees.

Now, the economy is in ruin, and the president's European style welfare state stands at the brink of collapse. The United States is unable to repay its debts. China has come seeking payment in real assets, and they mean business. Chaos reigns; power has been cut; select cities have been decimated by nuclear bombs; and burned out houses occupy neighborhoods like rotting teeth in the mouth of a crack addict. What was new is now old and what was old is now new again.

Cliffson Lang's son attempts to escape the fires and mobs overrunning the city of Seattle. When Cliffson is called away to help, his other son is kidnapped by occupying forces and placed in a work camp. Truth's Blood is the Lang family's story of survival at a time when government dependency must be replaced by self-reliance. As the United States experiences the disintegration of society and foreign occupation, their challenge verges on the impossible.


About the Author, Tyler Roberts:


Tyler Roberts grew up in a rural and remote part of Washington State and has a farming background.  He is educated in wildlife and environmental sciences and has spent his life in the Pacific Northwest.  He is an avid organic gardener and beekeeper.


Learn more about Tyler and his books on:
Website/Bog

Tyler pens "Truth's Blood" in a well written plot back with historical facts. At first I wasn't sure if I was going to be able to get through this book, but I kept reading and it turned out to be quite a fascinating story. What made the book for me was the characters and what they were going through. A good read for all dystopian fans. 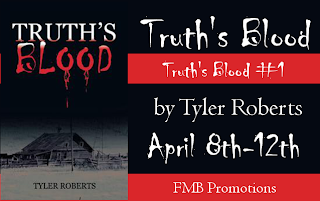