* Disclosure of Material Connection: I am a member of ABG Reads Book Tours. Although payment may have been received by ABG Reads Book Tours, no payment was received by me in exchange for this publication. Sweet n' Sassi is not responsible for sponsor prize shipment. This disclosure is in accordance with the Federal Trade Commission's 16 CFR, Part 255, Guides Concerning Use of Endorsements and Testimonials in Advertising.


How Many Laws Have You Broken?

Gavin lifted the bottle to his mouth, closed his eyes, and tipped his head back for a long, deep drink. Imagining him during sex with his eyes closed, head back, a similar look of ecstasy on his face made her break into a ferocious sweat.
“Damn, that’s good.”
I can only imagine how good it would be, she thought.
After a long pull that nearly polished the thing off, he set the bottle down with what could only be described as controlled calm. He stared at the bottle as he absently ran his thumb back and forth through the condensation.
Sunny followed the graceful stroke of his well-manicured thumb with rapt fascination. His hands were large, but he had a gentle touch. Watching him stroke the bottle, in the same soft, gentle sweeping motion he’d used on the magnolia blossom, sent her imagination and pulse into overdrive.
How would he stroke her? The confidence he emanated, as well as the intensity surrounding him, made her think having sex with him would be like wrestling a gentle alligator. What a deadly combination.
Coming out of his thoughts, he looked at her and said, “The troublesome triplets would like a pitcher of margaritas.” He clenched his jaw. “Strawberry.”
Questions bounced around in Sunny’s mind like kids on a trampoline. Why was he in Anticue, a little barrier island few people visited? Why did he bring three women… women he didn’t particularly seem to like, with him? If Sunny followed her body’s urge and went for it with this guy, would he shut her down as he had the brunette?
What did he look like naked?
She was more curious about some of the questions than others, but according to Bartender Handbook rule number one: Never ask personal questions. Rule number two: Never get involved with a customer. In nine years of tending bar, she’d never broken those rules.
So why did Gavin make her not only want to break those rules, but a few state laws, as well?


I got to thinking about this and wondered how many laws I’d broken in my lifetime. I mean, I don’t intentionally break laws (speeding doesn’t count, right?), but we all know there are so many crazy laws on the books we break them all the time without even realizing it.
I did some research and here’s what I found:

While having sex, you must stay in the missionary position and have the shades pulled. – North Carolina
If a man and a woman who aren’t married go to a hotel/motel and register themselves as married then, according to state law, they are legally married. – North Carolina
All couples staying overnight in a hotel must have a room with double beds that are at least two feet apart. – North Carolina
Oral sex is considered a crime against nature. – North Carolina

A marriage can be declared void if either of the two persons is physically impotent. – North Carolina

Not only is it illegal to have sex with the lights on, one may not have sex in any position other than missionary. – Virginia
If one is not married, it is illegal for him to have sexual relations. – Virginia

It is legal for a male to have sex with an animal as long as it does not exceed 40 lbs. – West Virginia
The term “sadomasochistic abuse” is defined so broadly, that it could possibly be applied to a personhandcuffing another in a clown suit. – Georgia

All sex toys are banned. – Georgia

A woman may not buy a hat without her husband’s permission. Owensboro, KY


I’ve broken 20 of them!!! I went back and counted 3 different times, because I just couldn’t believe that was true! LOL So now I’ve confessed… your turn. How many of these laws have you broken? :D


A Heat Wave book of choice will be given away to one lucky commenter. Be sure and follow along on each leg of the stop (go to my blog for links to each stop). One commenter from each day will be chosen, and a grand prize drawing for a “Savin’ Me” audio book will be drawn at the end of the tour.

Alannah’s Bio:
Alannah believes there's nothing more magical than finding the other half of your soul, experiencing fiery passion, and knowing you've found happily-ever-after.
She loves going to work each day (in sweats and a T-shirt) and writing about hot heroes and feisty heroines who torment each other in the most delicious ways before finding their happy ending.
She lives in the coastal region of North Carolina with her husband, who also happens to be her best friend and biggest fan. They have two sons, two dogs, two cats, and an outrageous number of ducks and geese that inhabit the pond on their farm.
To stay abreast of her current releases and contests, visit her website and sign up for her newsletter, or connect on Facebook and twitter. 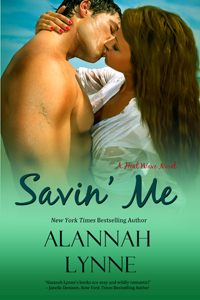 One step away from the coveted Vice Presidency of her firm, the last thing Kat Owens needs is the distraction of a man. Her client, Erik Monteague, disagrees. He’s charming, sexy, seductive, and impossible to ignore or refuse. After succumbing to his advances, Kat’s forced to choose between her career and the man she’s fallen for... while knowing even her love might not be enough to save him from self-destructing.

While Erik’s perfectly executed seduction gets Kat into his bed, the end result is more than he bargained for. Having spent the past ten years wallowing in guilt and self-loathing over his fiancée’s tragic death, falling in love is unacceptable. However, Kat’s passionate, loving nature dissolves the carefully constructed walls guarding his heart, forcing him to face his tragic past and make a decision... spend the rest of his life running, or risk being devastated by love again? 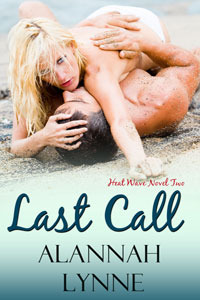 Gavin McLeod is a man who has it all. His corporate climb has positioned him as the next CEO at Holden Enterprises. He’s financially stable, allowing him to provide for the grandfather who raised him, and his successful seduction of the sexy bartender last night proves his private life is also on fire. Until the alluring woman in his arms turns out to be a serious road-block to his future. One that could bring everything he's worked for crashing down around him.

Sunny Black has spent her entire life tending to the needs of others, caring for her younger
brother since she was ten, and serving bar patrons night after night. For the first time in years, she thinks of herself and gives in to her body’s demands, taking a trip to the wild side with a customer whose raw sexuality is too strong to deny. The next morning, however, she learns that in addition to rocking her world, the stranger might cause it to crumble.

A game of sexual seduction and corporate chess ensues, with neither Gavin nor Sunny realizing the ending could come in the form of a permanent check-mate. 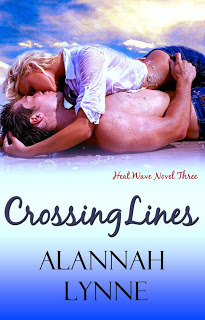 Bored with her current assortment of vibrating, plastic pieces, Sam Wallace decides to add a new sex toy to her collection: Kevin Mazze. The sexy Italian is more than happy to help her live out her long-held sexual fantasies, and trusting him with her body is easy. Trusting him with her heart, however, is not… especially when he commits an unforgiveable sin.

Kevin Mazze is one of the good guys. He’s spent his life always doing the right things and making those around him happy. When he meets the woman of his dreams, at the worst possible time, he finds himself making bad choices in the name of good and crossing lines he never thought he would… while praying she never finds out.


Alannah believes there's nothing more magical than finding the other half of your soul, experiencing fiery passion, and knowing you've found happily-ever-after.
She loves going to work each day (in sweats and a T-shirt) and writing about hot heroes and feisty heroines who torment each other in the most delicious ways before finding their happy ending.

She lives in the coastal region of North Carolina with her husband, who also happens to be her best friend and biggest fan. They have two sons, a dog, two cats, and an outrageous number of ducks and geese that inhabit the pond on their farm. 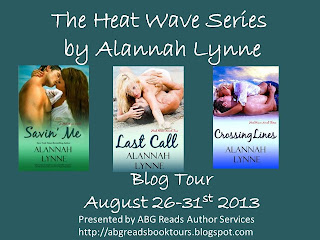