"Children of the Knight" by Michael J. Bowler ~ Book Review

* Disclosure of Material Connection: I am a member of Innovative Book Tours and a copy of this book was provided to me by the author. Although payment may have been received by Innovative Book Tours, no payment was received by me in exchange for this review. There was no obligation to write a positive review. All opinions expressed are entirely my own and may not necessarily agree with those of the author, publisher, publicist, or readers of this review. This disclosure is in accordance with the Federal Trade Commission's 16 CFR, Part 255, Guides Concerning Use of Endorsements and Testimonials in Advertising.

Welcome to Sweet n' Sassi's stop on the
"Children of the Knight" book tour.
This tour is brought to you by Innovative Book Tours. 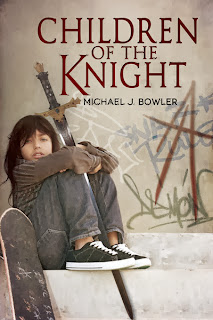 
According to legend, King Arthur is supposed to return when Britain needs him most. So why does a man claiming to be the once and future king suddenly appear in modern-day Los Angeles?

This charismatic young Arthur creates a new Camelot within the City of Angels to lead a crusade of unwanted kids against an adult society that discards and ignores them. Under his banner of equality, every needy child is welcome, regardless of race, creed, sexual orientation, or gang affiliation.

With the help of his amazing First Knight, homeless fourteen-year-old Lance, Arthur transforms this ragtag band of rejected children and teens into a well-trained army—the Children of the Knight. Through his intervention, they win the hearts and minds of the populace at large, and gain a truer understanding of themselves and their worth to society. But seeking more rights for kids pits Arthur and his children squarely against the rich, the influential, and the self-satisfied politicians who want nothing more than to maintain the status quo.

Can right truly overcome might? Arthur’s hopeful young knights are about to find out, and the City of Angels will never be the same.


About the Author, M:ichael J. Bowler: 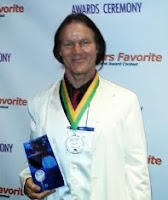 Michael J. Bowler is an award-winning author of three novels––A Boy and His Dragon, A Matter of Time, and Children of the Knight––who grew up in San Rafael, California.

He majored in English and Theatre at Santa Clara University and earned a master’s in film production from Loyola Marymount and another master's in Special Education from Cal State University Dominguez Hills.

He partnered with two friends as producer, writer, and/or director on several ultra-low-budget horror films, including “Fatal Images,” “Club Dead,” and “Things II,” the reviews of which are much more fun than the actual movies. Ha!

He taught high school in Hawthorne, California for twenty-five years, both in general education and to students with learning disabilities, in subjects ranging from English and Strength Training to Algebra, Biology, and Yearbook.

He has also been a volunteer Big Brother to seven different boys with the Catholic Big Brothers Big Sisters program and a nearly thirty-year volunteer within the juvenile justice system in Los Angeles.  He is a passionate advocate for the fair treatment of children and teens in California, something that is sorely lacking in this state.

He has already completed the two continuations of Children of the Knight entitled Running Through A Dark Place & And The Children Shall Lead, and plans to release both in 2014.

Purchase "Children of the Knight" on:
Amazon
Barnes & Noble


Michael Bowler pens "Children of the Knight" interweaving fantasy and the modern world in this powerful story. Within the story line we meet all types of children that have been "thrown" away for one reason or another, be it abandoned children, gay teens, destructive teens, etc, how they deal with their lives and how society deals with them. With well written descriptive characters, this is a moving story that is highly recommended to all.

I give "Children of the Knight" a 5 star rating.