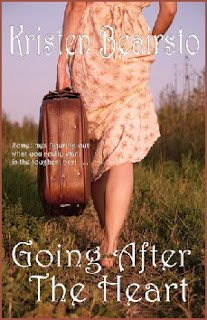 
Lizzy Bergstrum thought she finally reached a point in her life when she could honestly say she had it all.  A thriving writing career.  A wonderful daughter.  And a marriage to the love of her life.  But looks can apparently be deceiving because her husband just walked out on her and their eight year old daughter hates her.

Gavin Bergstrum can’t handle the direction his life has taken.  Not only did he get laid off from his job, but his wife seems to barely remember he exists.  Convinced he’s tried his best to change things, he begins to wrestle with the possibility of divorce.  But he can’t think straight in the same house as Lizzy.  Hating to leave his daughter, but needing time to think and come to terms with what he feels he needs to do, Gavin decides to return to his small home town in Oregon and stay at his family ranch with his father and brothers.

In shock, Lizzy gives Gavin his space.  But as time passes and he doesn’t say a word about their marriage, Lizzy decides it’s past time she takes matters into her own hands.  Without a word, she follows Gavin to Oregon.

Now facing a daughter who blames her for everything, an irritated husband, and a small town that feeds on the drama, Lizzy finds herself trying to figure out how to convince Gavin to give her another chance, teach her daughter it takes two to make a successful marriage, and overcome her own insecurities – all without compromising who she is.

Warning: This title is intended for readers over the age of 18 as it contains adult sexual situations and/or adult language, and may be considered offensive to some readers.


About the Author, Kristen Beairsto: 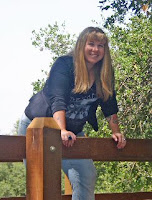 In between her to-be-read pile and trying to bring the characters in her head alive, Kristen spends as much time as she can with family and friends.  Much to her husband’s dismay, she enjoys collecting purses, shoes, and jewelry.  During those rare times she’s not working at her day job, rushing her daughters somewhere, watching movies with her husband, and trying to meet a deadline, she can usually be found energetically cheering for one of her favorite New York sports teams.

As with just about every other writer on the planet, Kristen grew up an avid reader.  She started with young adult before she technically hit the age range and moved on to sci-fi classics by Isaac Asimov and Ray Bradbury.  At fifteen, her best friend gave her a book she just had to read!  The book was Honest Illusions by Nora Roberts.  Always a sucker for a happy ending, she was a goner and fell in love with the romance genre.  Having started writing novel length stories at the age of eleven, Kristen’s stories all took a romantic turn from that point on.


Kristen pens "Going After the Heart" in a plot that is well written, emotional and believable. Her characters are strong, believable, relate-able and have great interaction with one another. A nice contemporary romance story line that kept me interesting from the beginning to end. A must read for all contemporary romance fans.

I give "Going After the Heart" a 5 star rating.


Prize is 5 eBook copies (1 each to 5 winners) of "Going After the Heart" from Kristen Beairsto. Contest is tour-wide and ends June 16. Must be 18 years of age or older to enter.

* Disclosure of Material Connection: I am a member of CLBS Promotions and a copy of this book was provided to me by the author. Although payment may have been received by CLBS Promotions, no payment was received by me in exchange for this review. There was no obligation to write a positive review. All opinions expressed are entirely my own and may not necessarily agree with those of the author, publisher, publicist, or readers of this review. Sweet n' Sassi is not responsible for sponsor prize shipment.  This disclosure is in accordance with the Federal Trade Commission's 16 CFR, Part 255, Guides Concerning Use of Endorsements and Testimonials in Advertising.