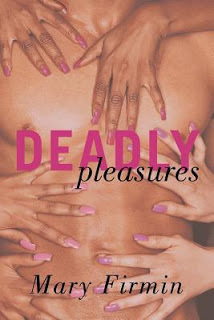 
Megan Riley has bigger things to worry about than the fact that her neighbor has just been found dead. Her engagement has just ended, and she is once again on a quest to find Mr. Right-or at least Mr. Right Now. Tired of emotional ties and ready for a new adventure, Megan and her three best friends make a fateful decision. They hire hunky stripper Michael Harrington as their timeshare boytoy-unaware he is the prime suspect in a series of gruesome murders. Suddenly, they find themselves involved in a complicated murder investigation led by a handsome detective who is focused only on finding the twisted serial killer before he strikes again. But who will be the next to die? Megan, the hardworking real estate agent; newly divorced Kathleen; Alex, married to a wealthy businessman; or Rachel, the spurned wife of a hot Hollywood screenwriter? Following her own investigation, Megan takes a wild ride through L.A.'s bondage parlors, hidden sex clubs, and the extravagant lifestyles of the rich and famous; soon she discovers that her quest for adventure has abruptly transformed into a dangerous game of life and death.


About the Author, Mary Firmin: 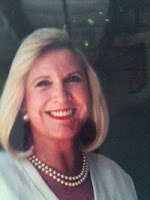 Mary Firmin was born in the North of England, emigrated to Canada, then traveled to Florida where she owned and operated an Arthur Murray Dance Studio. She moved on to Santa Monica, California where she worked in Real Estate Sales and eventually became Vice President of a large firm on the West Side. She began her writing career by attending many classes at local colleges, including UCLA, and then moved on to private writer's groups. As active members of a Southern California Yacht Club, Mary and her husband traveled up and down the California Coastline for years, and spent many days on Catalina Island. Upon moving to the Desert, Mary wrote a society column for a Palm Springs newspaper. It is from these experiences she forged her characters and the story of Deadly Pleasures. This book is a fun, casual read with a little romance, some deviant sex, and a sick serial killer. It is sure to keep your attention to the very end. Mary's loving husband, Bill, passed away this year. She has three children, one gorgeous grandchild and lives in Rancho Mirage, California. Mary is now working on her second book in this series, Deadly Secrets.

"Deadly Pleasures" is an captivating novel filled with romance, suspense, mystery, murder, and lots of lust. A well developed plot that keeps you turning the page, Mary pens her characters strong, believable and at times frustratingly humorous. Although the name of the book shouts "sex", what is written is done tastefully and not strong. Recommended to all murder mystery fans.

I give "Deadly Pleasures" a 5 star rating.

* Disclosure of Material Connection: I am a member of Lightening Book Promotions and a copy of this book was provided to me by the author. Although payment may have been received by Lightening Book Promotions, no payment was received by me in exchange for this review. There was no obligation to write a positive review. All opinions expressed are entirely my own and may not necessarily agree with those of the author, publisher, publicist, or readers of this review. This disclosure is in accordance with the Federal Trade Commission's 16 CFR, Part 255, Guides Concerning Use of Endorsements and Testimonials in Advertising.