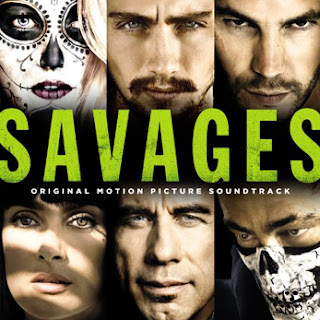 In anticipation of three-time Oscar®-winning filmmaker Oliver Stone's return to the screen with the ferocious thriller "Savages," the original motion picture soundtrack was released this week via iTunes.

The music was chosen by supervisor Budd Carr, longtime collaborator of Oliver Stone and known for his work on more than 80 films (Platoon, Wall Street, Money Never Sleeps & The Doors) as well as Showtime's "Californication."


Giveaway open to US only - Ends July 16th

Disclosure: I received no compensation for this publication. Sweet n' Sassi is not responsible for sponsor prize shipment. This disclosure is in accordance with the Federal Trade Commission's 16 CFR, Part 255, Guides Concerning Use of Endorsements and Testimonials in Advertising.

Email ThisBlogThis!Share to TwitterShare to FacebookShare to Pinterest
Labels: giveaway